Hi everyone! It's Sandie here and today I am sharing a Haunted House scene I coloured.
The stamp is by Stamping Bella. 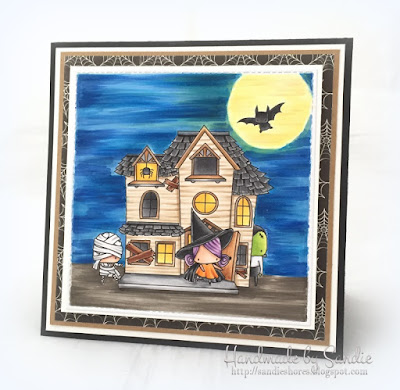 I started this image as I start all my images, and that is with colouring any characters, specifically the skin. 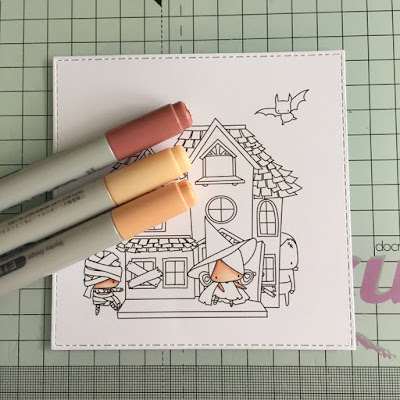 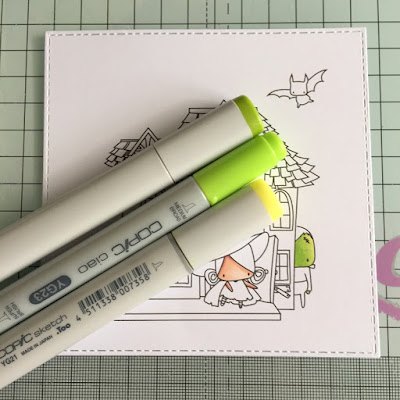 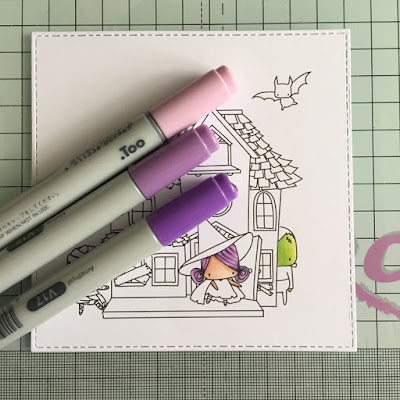 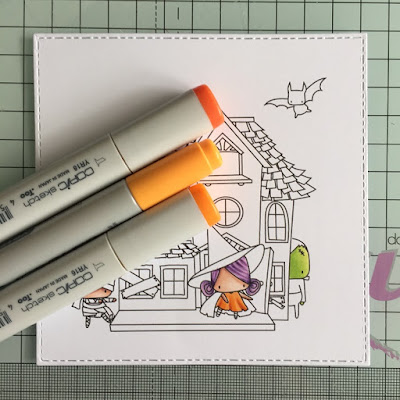 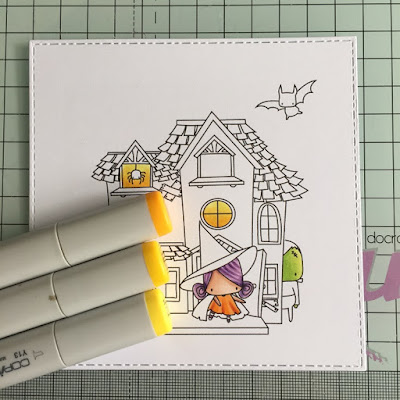 For the Mummy I used N1 and N3 and blended them together using the colourless blender. 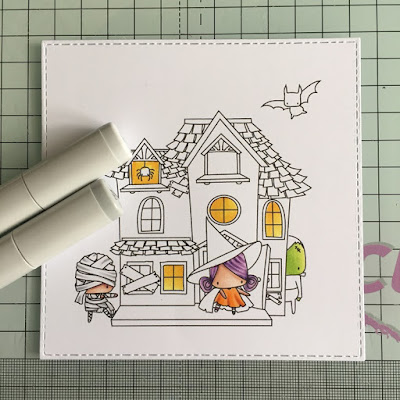 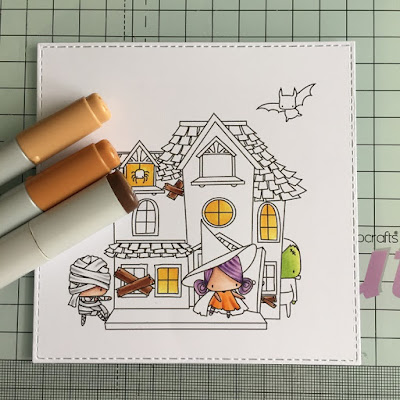 For the roof  I started with N3 and then laid down some N5 for the shadows. At the very end I applied N7 in the darkest areas. 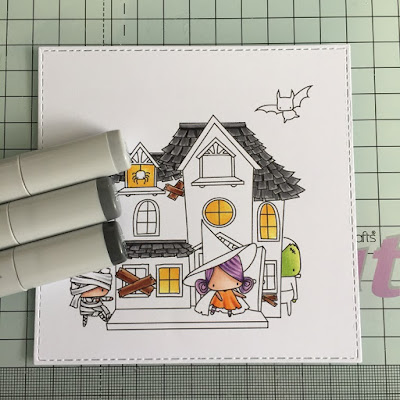 I gave the house a wooden effect using E41, E42, E43 and pulling the lines in from the outside edge towards the middle. 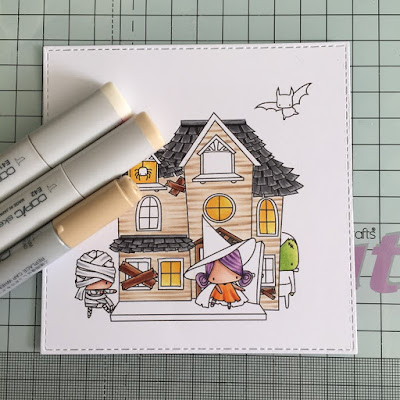 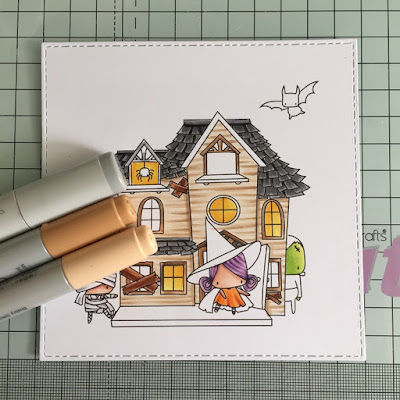 To complete the image I coloured everything else in black, using N1 through to N7 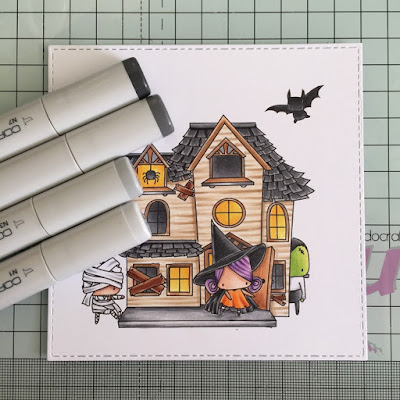 For the background I started with the ground, laying down some W1 and then building up with W3 and W5.
Keep layering the colours until you're happy with how it looks. 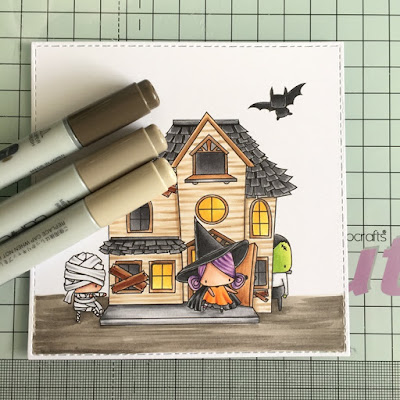 I decided to add a moon to the night sky, behind the bat, so I drew a circle with B000 as a guide for the sky. 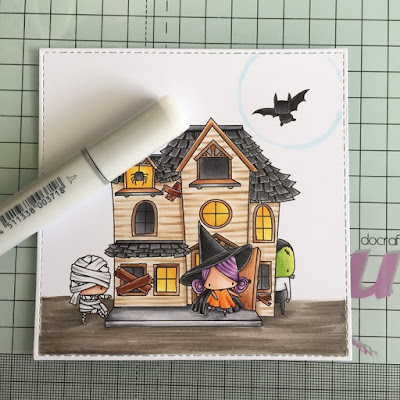 As with the ground, I started the sky with the lightest colour B02 and then added darker colours to build up depth - B23, B24, B26 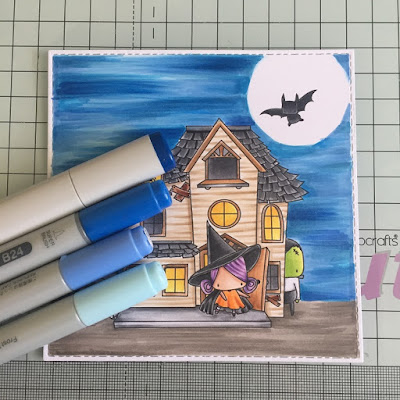 Finally, for the moon, I used Y00, Y11 and some YR23 to add lines. I also applied some Y11 into the night sky around the moon, going back in with the blues to build up the colour again. 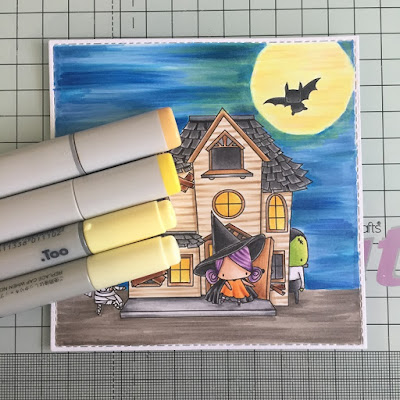 Thanks for dropping by today
Sandie