Hello blog readers from the whole of Europe,

we have just finished a great conference in the head quaters of Holtz Office Support GmbH in Wiesbaden. This company is the importer of Copic Marker for Europe and Africa. 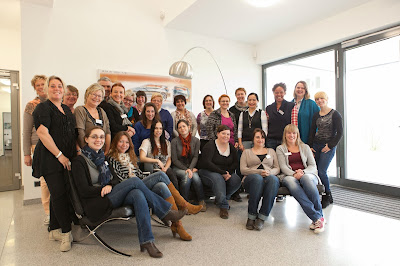 We had three great days. On Tuesday we had the classes in the ECCP, a lot of colouring with the Copic Markers. The Instructors to be were taught by the "old" Instructors.

On Wednesday the Instructors to be had there day, first explanations about the do's and don't as a Copic Instructor, after that every new Instructor had to do a presentation.
You understand there were some nerve issues. But every body got positive feedback from the orthers.
And we learned a lot of each other, very inspirational. At the end of the day we had 12 new Copic Instructors, three need do some home work before they get the certificate.

The Thursday was the Get to Gether of all Copic Instructors, it was a very large group of more than 25 people.
It is great to have in almost every country one or even more Instructors. Almost every were you can aply for Copic Classes and information. 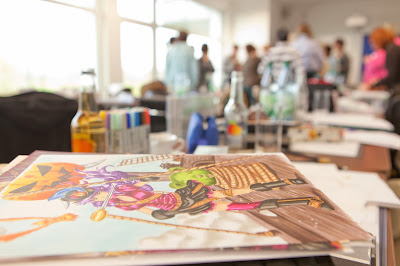 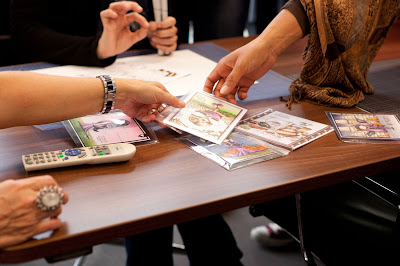 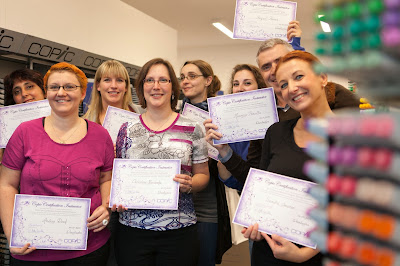 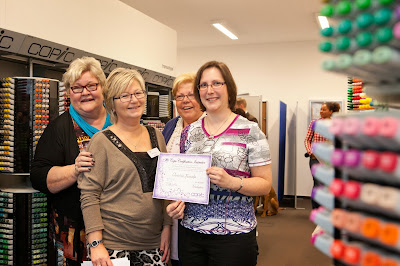 Soon we will announce every new Copic Instructor.
This were thre heartwarming days, there were some tears during saying goodbye.
Thanks to everyone who attended and helped me to let this be such a success.
Hugs
Greetings Diny Sprakel
Posted by Diny Sprakel at 22:20

Looks like you have had a great time! Congrats to all new instructors!

Omg, I can't believe, I see a lot of friends faces here!!! I really really wanted to be there!

Congratulations and a big hug everybody gals!