Through the Window | Making a Scene

Hi everyone! Today I'm sharing my colouring of a little scene I created using some masking to bring two stamps together. I used Fall Window and Gnome Backdrop and changed the scene outside the window. 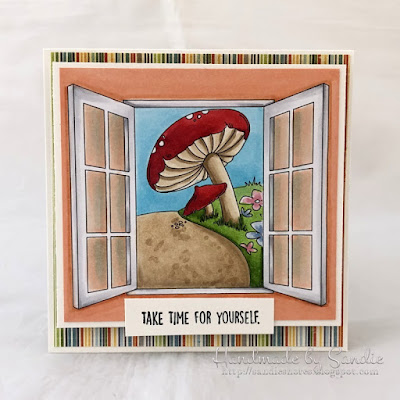 Once I had the images merged I started the colouring process, beginning with the grass.
I tried a different combination of YGs on this one, I normally use G's and finish with YG03.

I started with YG17, which is quite dark, and I went around the edges and under the toadstools. 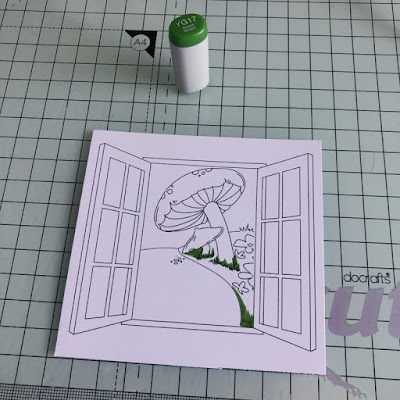 I then applied YG23 dragging out some of the YG17 too. 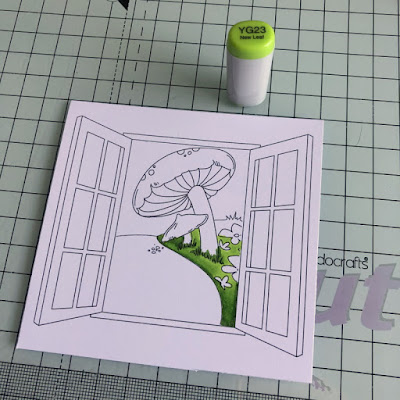 My lightest colour was YG13. 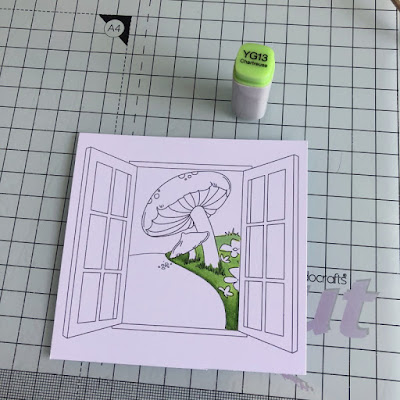 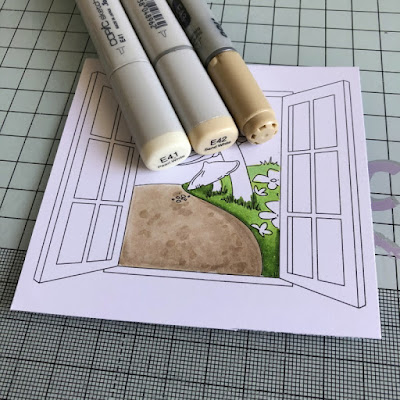 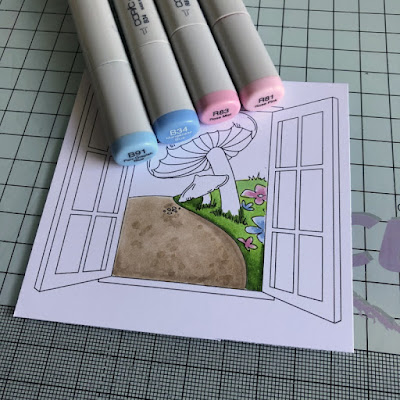 For the toadstools I first coloured the underneath and the stalk using E41, E42, and E43. Then I coloured the top using R35 and R37. 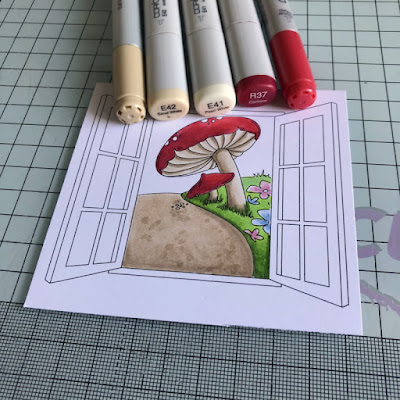 I coloured the sky using B01 and B00.
When using red I would normally first colour around the element I'm going to colour in red as red is easily transferred onto lighter markers and gets dragged out. So when going around red, be very careful not to hit the tip of the marker off of it. 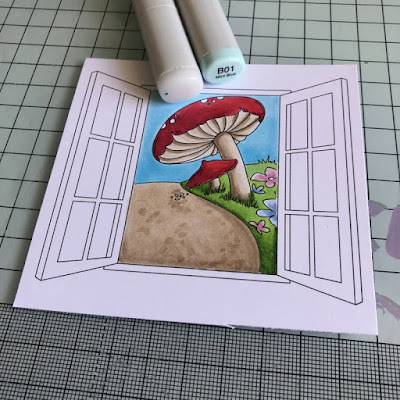 I left the window white, I simply applied C1 and C3 for shadow. 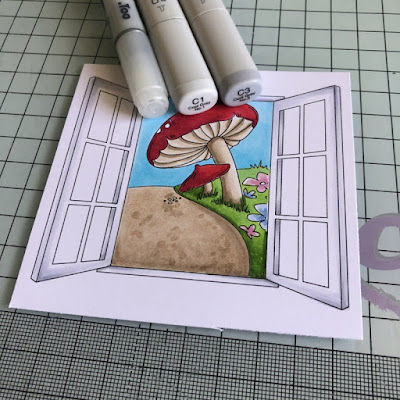 I coloured all around the window using R12, and applied E97 for darker areas. 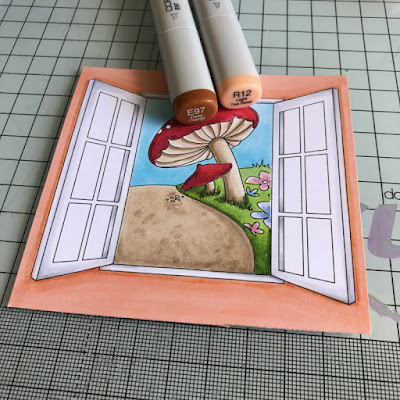 Behind the window, to give the appearance of frosted glass, I first coloured in R01. I then went over the R01 with BG10, and then went back in with R01. I applied R12 for shadow, and finally some BG11. 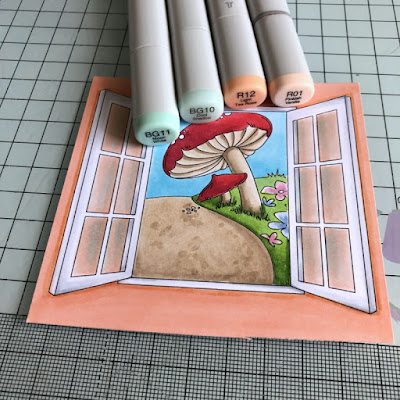 Lastly, I went around the window with E93 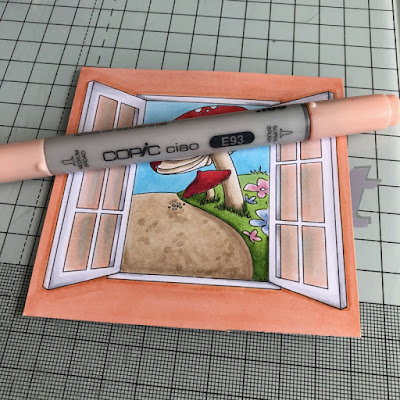 That's it from me for today.
Thanks for dropping by.
Sandie