Over here in Switzerland, first snowfalls allready covered everything in white and so there are not much colors left arround... That inspired me for my following image. The most colourful moment during winter is the so called blue hour in the evening (just before sky is turning completely black), when the lights turn on and the stars shine bright... look at all the warm colours... 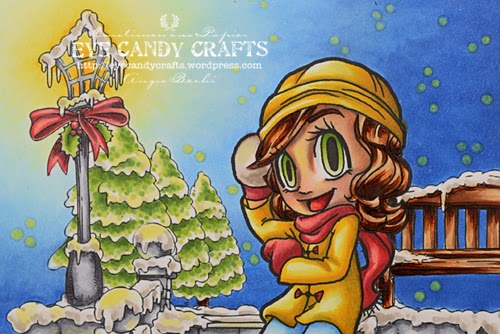 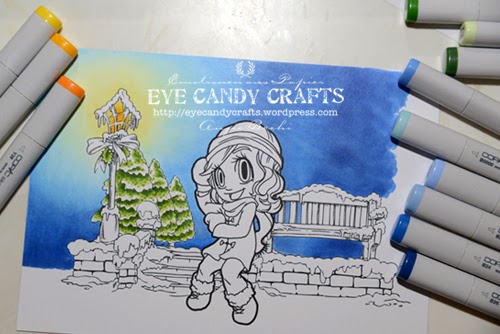 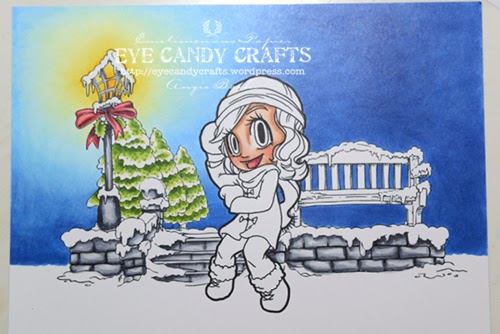 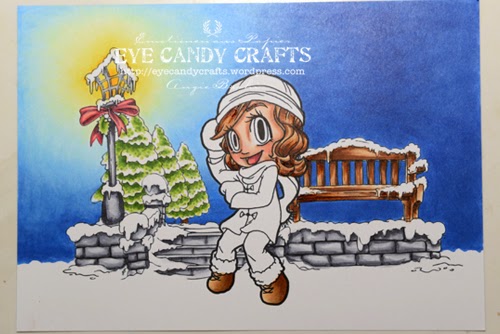 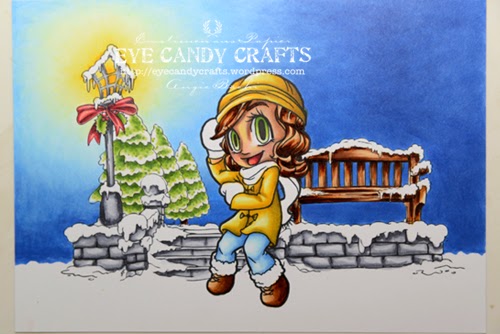 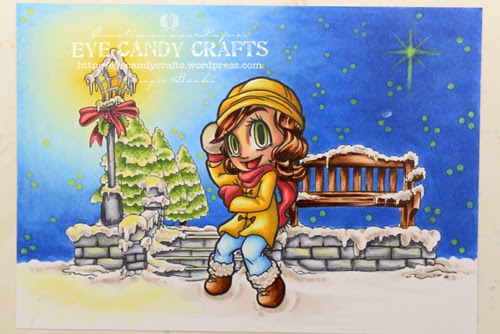 Now setting some shadows in the snow and on the boots fur using W0, W2, W4.
Some warm light reflections in the snow done with Y000, Y11.
Scarf and gloves have the same colours as the bow at the lantern (R21, R46, BV23).
With the Blender (0) I've created some white spots in the sky and went over the dots
with Y13 to brighten up the stars a little...

Thanks for stopping by & wish you warm winter evenings...
Angie

Your colouring is just perfect hun, totally love it!

Hi Angie, what a nice colouring, a lot of work. Love your card, greetings Diny